India is a vast country which is full of life and variety. Not many countries in the world have more than two or three official languages, but in India, each state has its own language, dialects, food habits, religious festivals, and so on. And this is the reason why India and a few of its neighboring countries are together referred to as the Indian subcontinent. For those unaware, there are a number of film industries in India which produce films in their regional languages. While Bollywood, the Hindi film industry, is the one which has the most far-reaching influence, the Telugu, Tamil, Malayalam, and Bengali film industries of the country are thriving as well.

The Telugu film industry has been around since 1909 and its contribution to the cinematic art form in the subcontinent remains unparalleled to this very day. The popularity of Telugu cinema has now spread far and wide, with the industry reaching its zenith with the release of ‘Baahubali‘ and its sequel ‘Baahubali 2: The Conclusion’, which became the second-highest-grossing Indian film of all time.

The popularity of Telugu cinema only means that streaming platforms all over the world have kept several Telugu films within their collections for the subscribers to enjoy. If you are eager to know what is the list of really good Telugu movies on Amazon Prime, here it is:

Starring Aadi Sai Kumar and Shraddha Srinath in leading roles, ‘Jodi’ is an interesting film which starts off as a sweet love story and then turns into an intense family drama. Kumar plays the role of Kapil, an IT professional whose relationship with Kanchanamala (Srinath) is sweet and romantic. When the two of them decide to get married, the girl’s father refuses to give his daughter’s hand to Kapil because of the latter’s father. We get to realize that the couples’ fathers know each other from an earlier acquaintance. However, what that acquaintance is, remains a mystery.

The only issue with the film is that tropes used within its narrative are ones we have seen in the past. However, the chemistry between the two leading actors makes the first half of the film an interesting watch.

If you have watched ‘Ocean’s Eight’ and wish to check out another film about female robbers, this Telugu film is here to quench your desire.

Directed by Vikram Kumar, the story of this film begins with the news of a massive bank robbery in the city of Hyderabad where the robbers have managed to steal a whopping 300 crore rupees (around $41.8 million). The robbery was carried out by a gang of five who are soon found dead with their loot stolen by the murderers. Five women, each of whom were associated with one or the other of the robbers, decide to take revenge and end up asking a small-time pulp crime writer called Pencil for his help. Though hesitant at first, Pencil finally decides to help these women. Nani, the leading actor of the film, has done a tremendous job once again, with the brilliant script written by Yesteen R and Venkat D. Pati aiding his performance. This is a hilarious crime comedy film which you will love watching.

The cast of this film comprises of two veterans of the Telugu film industry- Suriya and Mohanlal. The latter plays the role of the Prime Minister of India, while Suriya dons the character of a policeman who serves as the PM’s constant bodyguard. The PM, Chandrakant Varma, is an honest politician who is eager to do good for the country. As he goes about doing his own job, the PM gets killed one day in a military coup. Suriya’s character, Ravi Kishore, is puzzled by the murder and wonders who would want to kill such an honest human being. He swears that he will get to the bottom of this in any way possible. The performances of the two leading actors are the best aspect of the film.

Both the actors bring their own nuances to their respective characters, and thus their performances are able to go beyond the scope of the screenplay. Both halves of the film are rather intense, and the climax does enough justice to the careful build-up. 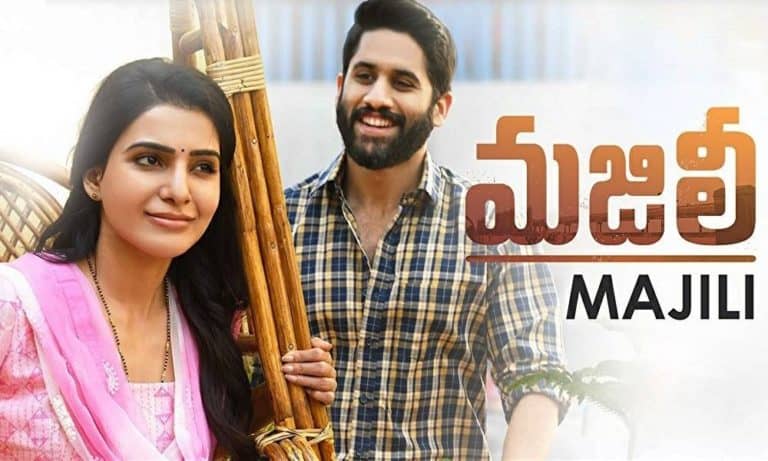 Prabhas, whom we all know as the leading actor of the ‘Baahubali’ franchise, plays the starring role in this action film. ‘Saaho’ also stars Bollywood actors like Shraddha Kapoor, Jackie Shroff, Neil Nitin Mukesh, and Chunky Pandey. The story of the film is centered around the fictional Waaji City which is under the control of Roy (Jackie Shroff). His rival gang, led by Devaraj (Chunkey Pandey), is always looking for opportunities to eliminate Roy and gain control of the city themselves. In such a point of time, Devaraj too starts suffering losses, with huge amounts of his own money being stolen by some unidentified entity. This is when an undercover cop called Ashok (Prabhas) comes into the picture. His job is to stop this gang war by any means necessary.

The film is epic in its scale, and nothing of this sort has ever been attempted in India cinema. Each scene of this film reflects the huge budget that was used to make it. Prabhas is someone who can carry the hugest of films on his own shoulders, and he does so this time around as well.

A brilliantly written love story, ‘Andala Rakshasi’ centers around the lives of three characters- a girl called Mithuna (Lavanya), and two men called Gautham (Rahul) and Surya (Naveen), Both these two men are madly in love with Mithuna, but are not aware of the other person’s feelings for her. Mithuna, however, is in love with Surya and the two of them share an amazing chemistry. However, their sweet love story suddenly comes crashing down because of certain circumstances. This is the point in their lives when Surya tries to develop a relationship with Mithuna. Though Mithuna understands that Surya’s love for her is true, she simply cannot forget the memory of Gautham. However, another twist of fate finds them at a major crossroads in life once again.

The performances, the structure of the screenplay, and the direction of this film are brilliant. The stunning visuals of this film will also remain in your minds for a long time after you’re done watching the film.

An intense crime thriller, ‘Evaru’ centers around a character called Sameera (Regina Cassandra) who has been charged with the murder of a police officer. Despite falling in such a mess, Sameera does not get any help from her husband in this regard, and thus decides to pursue the matter herself. She gets help from a corrupt police officer called Vikram (Adivi Sesh). As the film progresses, we realize that Sameera too has a lot of secrets under her belt.

The film touches upon themes of sexuality, desire, and murder, and overall is a rather compelling watch. The best aspect of this film is that there are many layers to the story which get exposed as and when the narrative progresses.

Cybercrime is a new form of criminal activity which has been plaguing our society for quite some time now. This is also the theme of the 2017 crime thriller ‘Aithe 2.0’. The film centers around the lives of four friends, all of whom have graduated from an engineering college but have not managed to land any kind of job whatsoever. Having no other option at hand, they decide to enter the world of cybercrime. However, they give up their life of crime once each of them manages to land decent jobs at a company. When one of their colleagues loses a huge amount of money online, the four friends decide to stick together and get hold of the perpetrator in any way possible.

The film discusses a hugely important topic that has become a problem in today’s world, and does so with a lot of nuance. The performances of the leading actors are also commendable and do justice to the interesting storyline.