This week, Amazon stepped up its competition with Netflix by launching a new standalone subscription streaming plan for US customers – the first time its monthly video service has been available without having to sign up for a full annual Amazon Prime membership.

While this was new for American viewers, though, UK Amazon customers have always been able to sign up to Amazon Prime Video without paying annually – something that, as the British media covered the news, soon became clear wasn’t common knowledge. With many mainstream newspapers and magazines often confusing what’s included with Amazon’s Prime membership and what’s not, let alone what any of the terminology means, we’re here to set the record straight and provide you with the most accurate information. Because hey, that’s what we’re here for.

Here are nine things you may not know about Amazon Prime Video:

1. It’s not the same as Amazon Prime

2. It’s not the same as Amazon Instant Video either

Here’s the thing that a lot of people don’t seem to understand – and, again, the mainstream media doesn’t help, because they don’t always use the right names for each service. Amazon Video is divided into two separate parts: Amazon Prime Video, its all-you-can-stream subscription service, and Amazon Instant Video, its pay-per-view store for buying and renting videos.

Just because something is listed on Amazon as a video for streaming, that doesn’t mean it’s part of Amazon Prime Video. Films and TV shows can be on both Prime Video and Instant Video, neither of them, or just one of them – the way to spot the videos included in your subscription for free is to look for the Prime banner in the top left corner of a title. When you search for a film or TV show (whether on the site or in the Amazon Video app), you can also filter your results to see only the “Prime” titles – much like when you search for a product on Amazon and filter the results to show the ones eligible for Prime delivery.

Amazon Prime Video allows you to download some of its films and TV shows to watch offline – just the thing for a car journey, train ride or long flight. Eligible titles mostly consist of Amazon originals, but you can look for the Download option on any Amazon Prime Video title by checking the video details on its page.

4. You can watch things abroad

Don’t have the space on your device to download things for offline viewing before going on holiday? Don’t panic: some things are available to stream overseas too – as with Netflix, this is likely to be original shows, such as The Man in the High Castle. You can find a list of eligible titles here.

Netflix and Amazon Prime both let you share accounts with other users. While a standard Netflix plan covers up to two streams at any one time (four streams for the higher rate of £9.99 a month), Amazon allows two adults with their own accounts to create an “Amazon Household”. This means that they can share Prime membership benefits between them for the price of one subscription – and share them with up to four children, who don’t need Amazon accounts. So, that’s six members in total for the standard Amazon Prime annual fee.

Amazon Prime benefits can be shared between the two adults in an Amazon Household. Amazon Student Prime members (free trial or paid) or invited guests of other Prime members, however, can’t share their benefits. To share Prime Video streaming, both adults must have a 1-Click billing address and payment method within the UK. If you don’t, you’ll be asked to provide this during the sign up process.

6. It does have a decent film and TV selection

Amazon Prime Video is, simply, not as cool as Netflix – after all, one’s a young company specialising in movies and TV, and the other is on online retailer that sells socks. But Amazon Prime Video’s collection is far better than its reputation suggests: Warner Bros. and Studiocanal provide the biggest hitters in the service’s catalogue, which, depending on when you’re looking, ranges from Man of Steel (and a whole heap of animated DC outings) and Gravity to Paddington, the Shaun the Sheep movie and The Assassination of Jesse James by the Coward Robert Ford. eOne titles, such as The BFG, are also available.

Amazon’s original series, meanwhile, have stepped up their quality significantly, with Transparent and Mozart in the Jungle more than deserving their double Golden Globe wins, and The Man in the High Castle standing alongside the best TV shows of recent years. Add in ongoing exclusive deals for American Gods, Fear The Walking Dead, Black Sails, Ripper Street, Outlander, Halt and Catch Fire and Preacher, and you have an impressive standalone streaming service, let alone an appealing bonus for Prime members.

Perhaps Amazon’s strongest feature is its price. Amazon Prime Video costs £5.99 a month, which makes it cheaper than Netflix – something that’s easy to overlook when you think the only option is an £79 yearly Amazon Prime sum. While Netflix continues to fund its expansion around the world, Amazon apparently has no problem throwing cash to spare at its video arm, which means that Amazon Prime Video also includes HDR and 4K support for selected titles – something that would cost £9.99 a month on Netflix.

8. You can add on “Amazon Channels”

Amazon has now introduced its “Amazon Channels” to the UK, which consist of a range of subscription and premium services, which can be added to your Amazon Prime membership as a customised bundle. Add-on services include Shudder (£4.99 a month), EuroSport Player, the Discovery Channel, BFI Player+, MUBI and Hopster. Many are not offered at a discount and can already be subscribed to without an Amazon Prime membership, such as MUBI, BFI Player+ and Shudder. EuroSport Player, though, is cheaper through Amazon Channels: normally, it costs £5.99 for 24 hours, but with Amazon costs £6.99 for a month’s access. The Discovery Channel, meanwhile, is not available anywhere else without a pay-TV package. It costs £4.99 a month. Also included is Heera, an Amazon-exclusive on demand channel with over 600 Bollywood, Bengali, Marathi, Tamil, and Telegu movies and series, which costs £3.99 a month. For a full guide to Amazon Channels, click here.

9. New things are added to Amazon Prime Video all the time 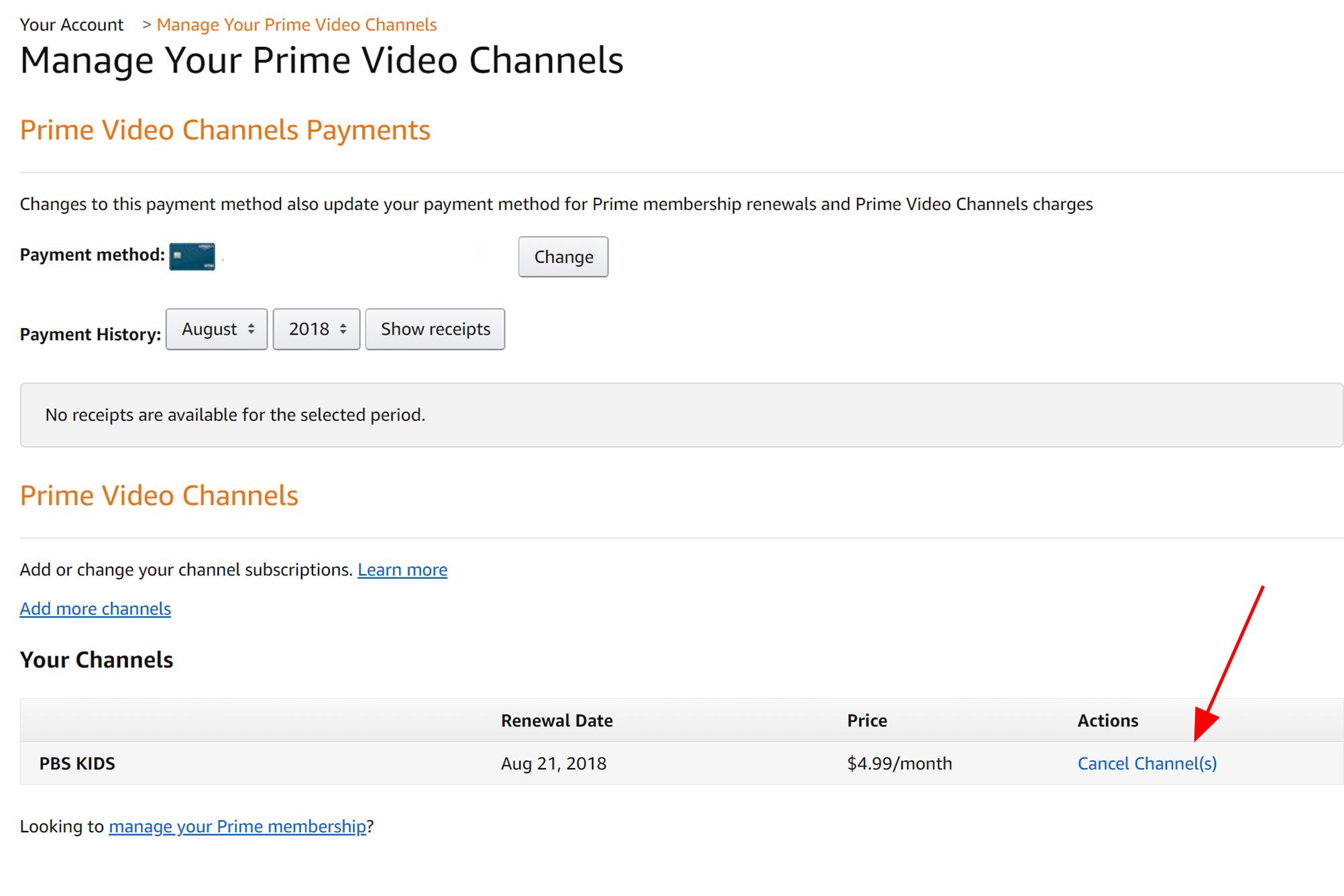 Amazon Pay gives you a single view of all of your buyer subscriptions and recurring payments, in which you can review, modify, and cancel any of them.

Review your recurring payments and subscriptions

Cancel a subscription or recurring payment

Change the payment method for a subscription or recurring payment

Note: If you update your Amazon.com account with a new default credit card or other payment method, and you choose “Update my account to use this card,” Amazon Pay starts using the updated payment method for all of the recurring payments that you authorized in the past (as long as the authorization has not expired or been canceled by you).