A client contacted me today asking how to merge files with different column headers in Power Query. The issue she's facing is that some of the files in her folder have a column called 'customer', where others have a column called 'ship to/customer'. Plainly there has been a specification change somewhere down the line, but it's causing issues in the combination - an issue that would affect either Excel or Power BI.

In order to replicate this issue, I created two very simple CSV files as shown here:

I dropped these into a folder called 'Test' and then 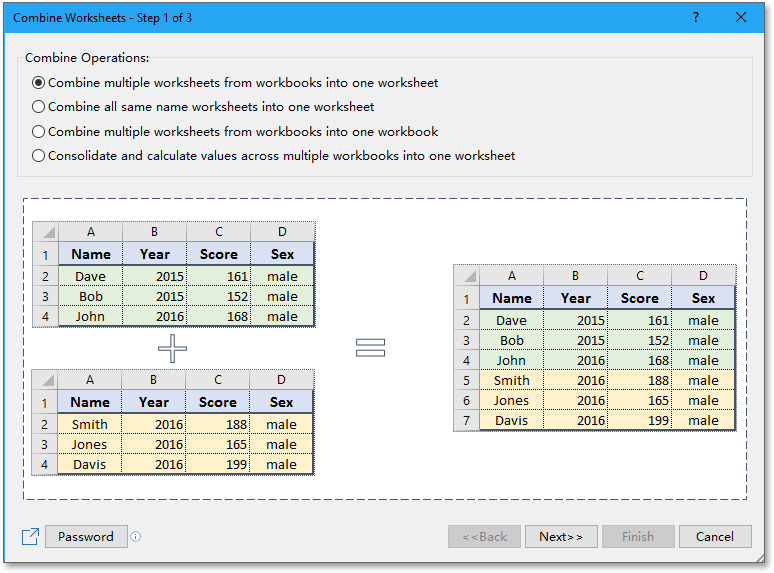 At this point I was presented with the following window: 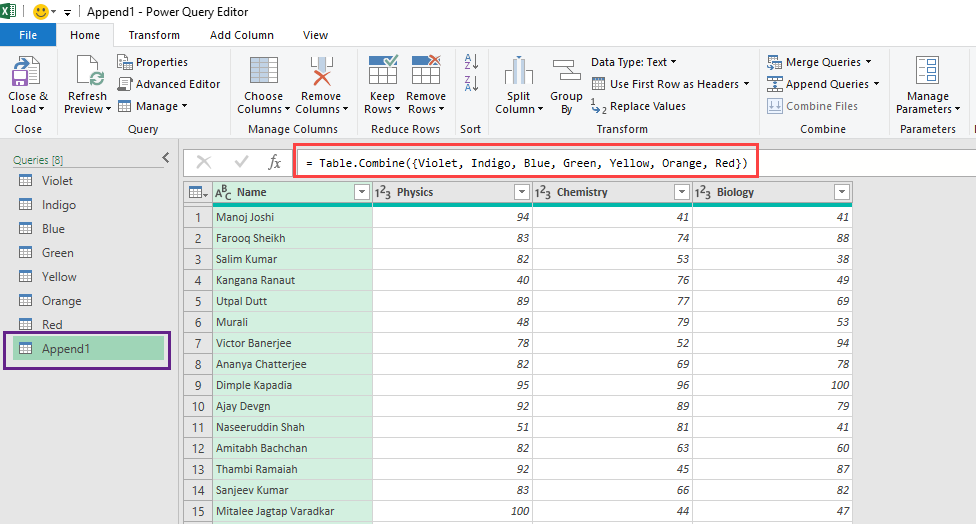 The only thing I really want to point out here is that I choose the Example file which has the column name that I do NOT want. (I want to rename 'ship to/customer', so it's important that it show up here.)

I then clicked OK, and was presented with this:

Err.. wait… what happened to my customer column?

To understand this, we need to look at the steps in the Transaction query:

If you were to click on the 'Invoked Custom Function1' step, you'd see that it adds a new column to the Transaction query. The first table shows 3 columns where the first column is 'ship to/customer'. The second table also shows 3 columns, but in this the first is 'customer'. So all is working so far.

But then, when you get to the the 'Expanded Table Column1' step of the Transactions query, it expands to show only the 'ship to/customer' column. Why? It's because of the following M code generated by Power Query:

What this means in English is that it reads the columns from the table in the first sample file. That's not super helpful.

Now we could work on trying to enumerate all headers, but that would be a pain, as the code is complicated and still leaves us in a place where we would need to combine both columns anyway. Let's fix this by dealing with it at the source. 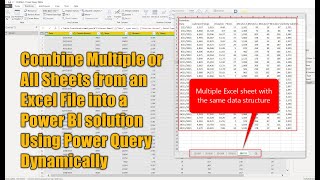 Delete the Changed Type step at the end of Transactions query. This is because it is setting the 'ship to/customer' column to text, and by the time we're done, that column will be called 'customer'. If we leave the step as is, it will cause an error.

Next we need to select the Transform Sample query:

Now, what we want to do is rename that 'ship to/customer' column to make it 'customer'. So let's do that:

The problem here though, is that when we apply this to our other files, THIS will cause an error. Why? They don't have a 'ship to/customer' column to rename. So we need to wrap this in an error handler.

To do this, we need to adjust the formula that was just created to wrap it in a 'try/otherwise' clause. This is essentially equivalent to Excel's IFERROR() formula. If it works, it will return the result. If not, it returns an alternate item, which we will set to be the previous step in the query. In other words 'Try to rename this column. But if it fails, give me the original table.

The keys here are to

Step 3: Revel in your success:

You got it. At this point, returning to your Transactions query should leave you pretty pleased, as we've plainly been able to successfully merge files with different column headers into the table that we actually want:

The only thing left to do is set the data types, and we're done.

With Power Query, you can combine multiple files that have the same schema into a single logical table.

This feature is useful when you want to combine all the files you have in the same folder. For example, if you have a folder that contains monthly files with all the purchase orders for your company, you can combine these files to consolidate the orders into a single view.

Files can come from a variety of sources, such as (but not limited to):

In the file system view, the Content column contains the binary representation of each file.

You can filter the list of files in the file system view by using any of the available fields. It's good practice to filter this view to show only the files you need to combine, for example by filtering fields such as Extension or Folder Path. More information: Folder

Selecting any of the [Binary] values in the Content column automatically creates a series of navigation steps to that specific file. Power Query will try to interpret the binary by using one of the available connectors, such as Text/CSV, Excel, JSON, or XML.

When you connect to a data source by using any of the previously mentioned connectors, a table preview opens. If you're certain that you want to combine all the files in the folder, select Combine in the lower-right corner of the screen.

Alternatively, you can select Transform data to access the Power Query Editor and create a subset of the list of files (for example, by using filters on the folder path column to only include files from a specific subfolder). Then combine files by selecting the column that contains the binaries in the Content column and then selecting either:

In the following image, Power Query has detected that the first file has a .csv file name extension, so it uses the Text/CSV connector to interpret the file.

You can easily combine all files within a given folder, as long as they have the same file type and structure (including the same columns). You can also apply additional transformation or extraction steps by modifying the automatically generated example query, without having to worry about modifying or creating additional function query steps.

If any of the changes affect column names or column data types, be sure to check the last step of your output query. Adding a Change column type step can introduce a step-level error that prevents you from visualizing your table. More information: Dealing with errors