Portland music fans come in all shapes and sizes, but the one thing that unites them is their enthusiasm. They may not know how to dance, and they may not know all the words to a song, but dammit they’ll clap and yell like hell to show their appreciation. Usually when a band like The Flaming Lips tells a Portland audience at this crowd is “the loudest they’ve ever heard,” the assumption is that they’re being polite; however, considering the sheer number of bands who as they pass through the Pacific Northwest take the time remark about the intensity of the crowds, the evidence indicates that this is a genuine fact.* But sometimes the Portland crowd’s passion gets the best of them.

Though The Hives have faded a bit from the mainstream, they still remain one of the best live shows that you can go see. Singer Howlin’ Pelle Almqvist always is a delight with his theatrics and stage mannerisms, and drummer Chris Dangerous is worth the price of admission alone as he flies through each song at warp speed while at the same time keeping perfect time. A couple of years back, due to a scheduling snafu, we had tickets for two concerts at the same time, and as a result we had to race across town and were able to catch only the last ten minutes of The Hives’s set. But even though we only heard the last three songs, we still came out feeling pumped and eager to share the fun that we had, including the fact that Pelle had the audience on the floor at one point.

My favorite memory of The Hives is from a show they performed back in 2008 at the Roseland Theater, in support of The Black and White Album. Even though there was an extra-long delay between the opener and the main act, the band was quickly able to win over the crowd with their infectious energy and an absolutely blistering performance, as they tore into all their hits from Tyrannosaurus Hives and Veni Vedi Vicious. At one point in the show, Pelle climbed up a giant stack of amplifiers and into the Roseland’s balcony to sing one of their songs, a feat that I haven’t seen replicated since. Each member got their time to shine, and the crowd ate it up.

A Tool Cupboard (Tool Cabinet or TC) is the key component of your base. No matter how many layers of honeycombing and doors you have, if a raider gets hold of your Tool Cupboard, the raid is. 349 votes, 75 comments. 283k members in the playrust community. The largest community for the game RUST. A central place for discussion, media, news. My favorite memory of The Hives is from a show they performed back in 2008 at the Roseland Theater, in support of The Black and White Album. Even though there was an extra-long delay between the opener and the main act, the band was quickly able to win over the crowd with their infectious energy and an absolutely blistering performance, as they tore into all their hits from Tyrannosaurus. The RUST remove command can only be issued from the in-game console. Press the F1 key to open the in-game console and type in the remove command syntax listed below, ensure the mouse cursor is pointed at the right object, then press enter. RUST ent kill command (1 of 1) The ent kill command is used to permanently remove objects from the game world.

As expected, the band left their mega-hit “Hate To Say I Told You So” for the encore, and when Nikolaus Arson launched into that memorable riff, the crowd lost their minds. Everything was fine until the band hit the breakdown, when Dr. Matt Destruction received his moment in the spotlight as he played the riff on his bass. There he was, motoring along, and the crowd was clapping right there with him, except…the audience was seriously dragging behind the beat and everything sounded like ass. Dr. Matt Destruction, being the professional that he is, didn’t miss a beat and kept chugging along. Meanwhile, Pelle heard the carnage that was taking place, and his face clearly indicated that he felt shocked and appalled at what he was witnessing. He looked to the crowd, and asked the immortal question in his best Swedish-accented English: 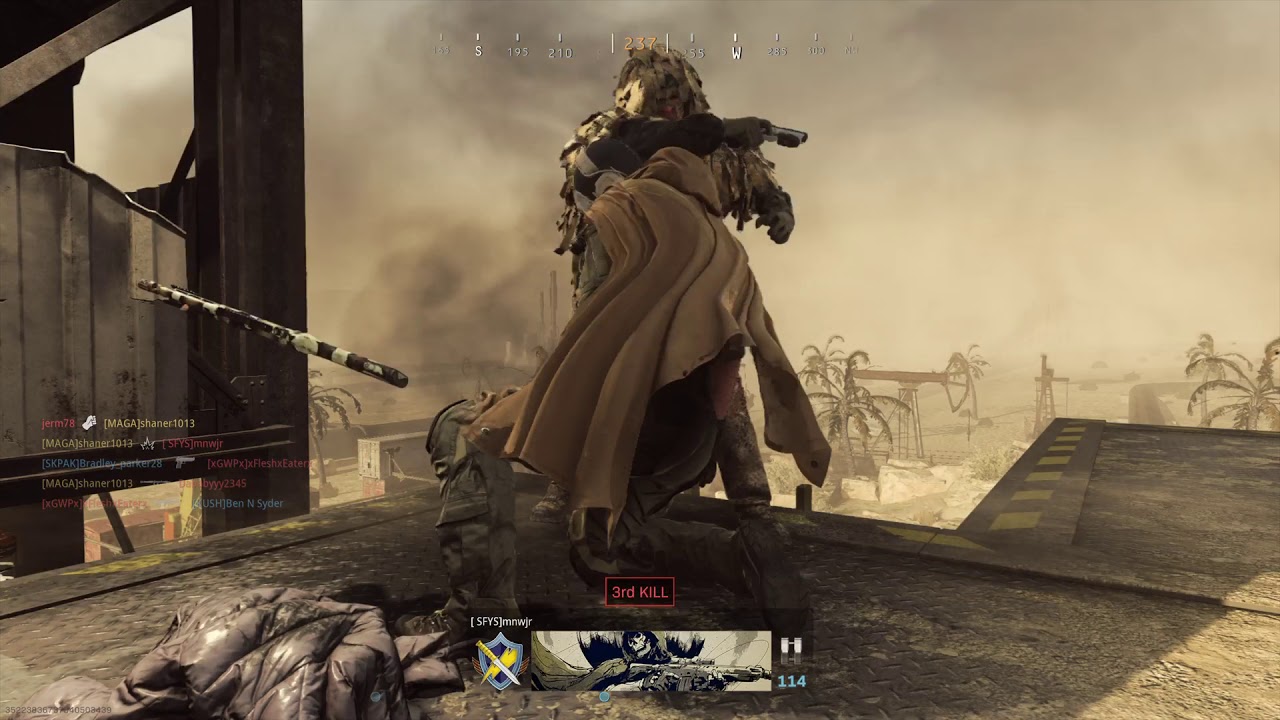 Pelle then proceeded to clap, and set the beat for us, and eventually order was restored. I will never forget that moment, though I get constant reminders whenever I go to a show and I see Portland’s “rhythm” in action. And thus, I can say that this Treme clip is just about the most accurate comment about Portland ever seen on television.

*Makes those “records” that you see for loudest crowd at Autzen Stadium in Eugene and CenturyLink Field in Seattle seem a bit more accurate, and not just the result of fancy acoustics. Also, having seen shows on both coasts, I can speak to the volume of Portland crowds personally, for what it’s worth.

**Note: the emphasis on each syllable of ‘Portland’ is something that Pelle did throughout the night, and is an accurate transcription.

NPR’s sites use cookies, similar tracking and storage technologies, and information about the device you use to access our sites (together, “cookies”) to enhance your viewing, listening and user experience, personalize content, personalize messages from NPR’s sponsors, provide social media features, and analyze NPR’s traffic. This information is shared with social media, sponsorship, analytics, and other vendors or service providers. See details.

You may click on “Your Choices” below to learn about and use cookie management tools to limit use of cookies when you visit NPR’s sites. You can adjust your cookie choices in those tools at any time. If you click “Agree and Continue” below, you acknowledge that your cookie choices in those tools will be respected and that you otherwise agree to the use of cookies on NPR’s sites.