Streamingvideo has come a long way since Netflix began supplementing its DVD deliveryservice with web-based video-on-demand content in 2007. Back then, movies andTV shows were served up in standard definition, in the old-school 4:3 aspectratio, and with a highly compressed mono or stereo soundtrack. It was goodenough to enjoy watching reruns of my favorite 1980s shows (I’m an unapologeticfan of MacGyver and Airwolf), but if I wanted to watch a movie, I waited forthe disc. For streaming, it was all about the novelty of instant gratification,and the all-you-can-eat buffet of content available. And just as buffet-stylerestaurants aren’t known for their Michelin-star cuisine, streaming mediasimply couldn’t deliver the kind of cinematic experience that home theaterenthusiasts enjoyed from physical media. But in 2018, after more than a decadeof technological advancements, the quality gap between streaming media andphysical media has narrowed so much that even the most die-hard of AV puristsgobble up at least a portion of their entertainment from online sources. You nolonger need a spinning disc to enjoy 4K video with HDR (high dynamic range),and now even the latest object-based audio formats are streamable. Amazon’sPrime Video service is the latest to embrace immersive audio when the newPrime Original series Tom Clancy’s Jack Ryan which began streaming on August31st with a Dolby Atmos soundtrack.

Thenew series is the first Dolby Atmos content available from Amazon. PrimeVideo has supported Dolby Vision HDR video since 2016, but not Atmos audio.(Dolby Vision is a premium HDR format that uses dynamic metadata to makepicture adjustments on the fly, delivering a more vibrant overallpresentation.) The Jack Ryan series will be available in both Dolby Vision HDRand Dolby Atmos, but it’s not yet clear which devices will be able to deliverthe double Dolby experience when the show premiers. Dolby has stated that Amazon’s Fire TV and Fire TV Cube streaming devices will supportAtmos on Prime Video, but neither device supports Dolby Vision HDR. No otherdevices have been confirmed, but Dolby did say in a recent press release thatAtmos will be coming to Prime Video on “a variety of other compatible devicesincluding TVs, sound bars, and home theater systems.” One very likely candidateis the latest Apple TV media streamer, which can deliver both Dolby Vision(currently) and Dolby Atmos (after a firmware update this fall). The Xbox One gaming consoles from Microsoft also support Atmos,and will be getting Dolby Vision support via a firmware update. LG’s latestOLED TVs support both Dolby formats. For the record, Amazon has indicated that JackRyan will also be available in the competing HDR10+ video format on compatible devices,such as Samsung TVs.

Withthe arrival of Atmos content on Prime Video, Dolby is expanding the reach ofits flagship audio format, which is already available on a small but growingnumber of titles on Netflix and Vudu. Hulu and HBO have not yet adopted DoblyAtmos (nor Dolby Vision), but I wouldn’t be surprised to see them follow thetrend. Amazon’s Greg Hart, Vice President of Prime Video, said that

“Amazonis committed to delivering immersive and compelling content to… Prime Videomembers around the world,” and that “Dolby Atmos and Dolby Vision willenhance the action-packed scenes in Tom Clancy’s Jack Ryan, and makeviewers feel like they are at the center of the story.”

The series followsthe exploits of Jack Ryan, an up-and-coming CIA analyst whose adventures we’veseen before on the big screen, in films like The Hunt for Red October andClear and Present Danger. (John Krasinski, who plays the protagonist inthis new series, is the fifth actor to portray Ryan on screen, after AlecBaldwin, Harrison Ford, Ben Affleck,and Chris Pine.) In the new Prime Original series, some suspicious banktransfers lead the protagonist to leave the relative safety of his desk job andbecome entangled in an international terrorist threat. Amazon ordered a secondseason of the series back in April, over four months before the first season’spremier of August 31st.

Has Streaming Quality Caught Up with Physical Media? 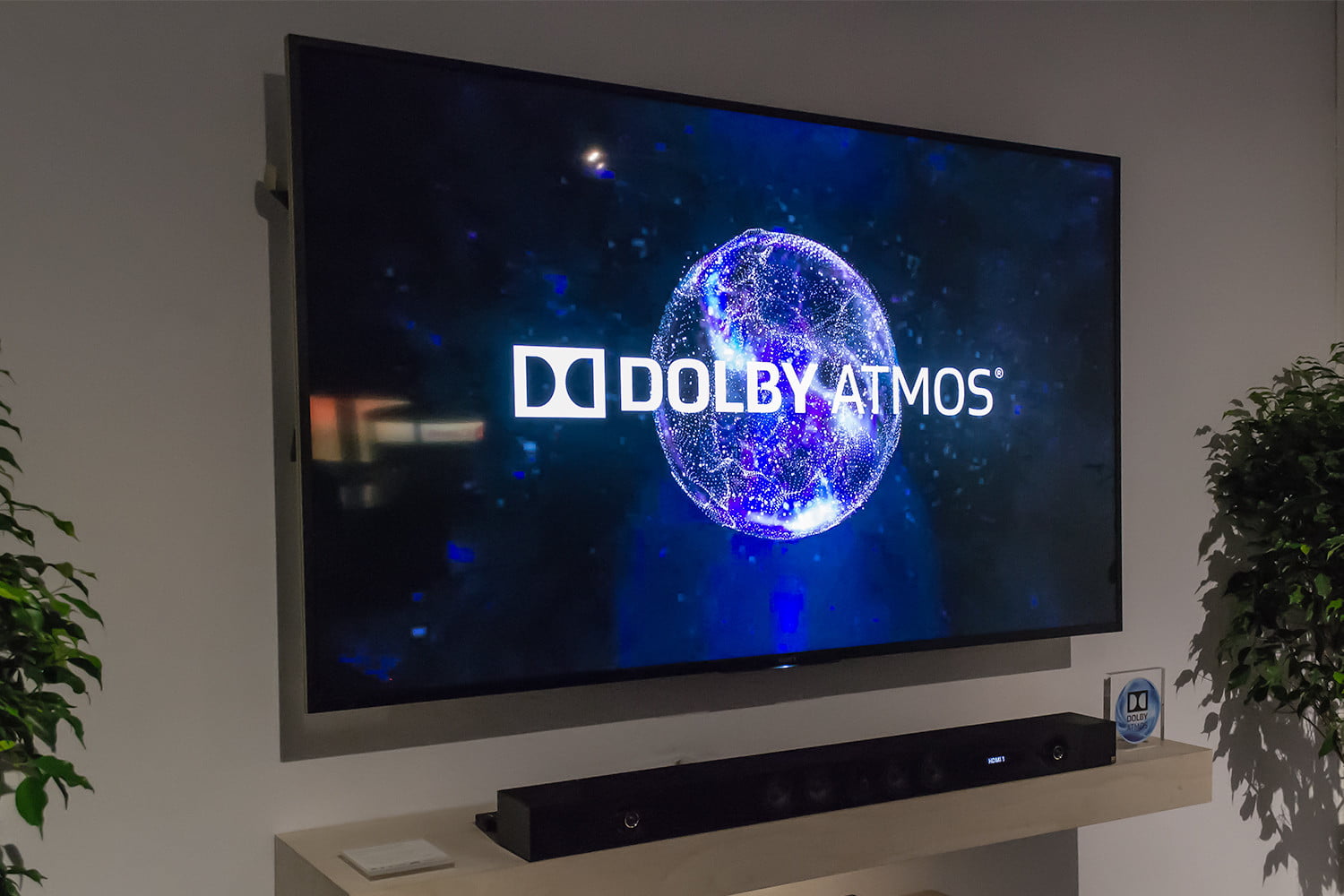 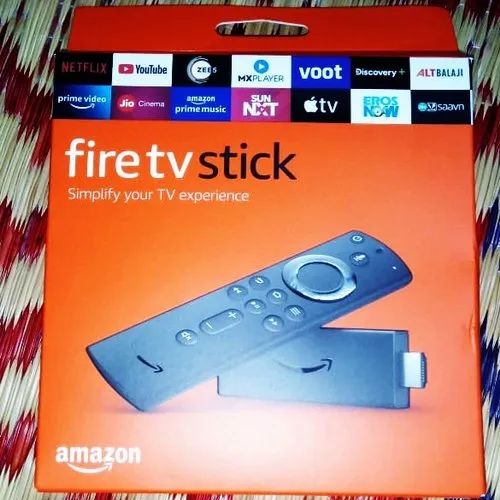 Nowthat streaming services are offering leading-edge technologies like Dolby Atmosand Dolby Vision HDR, have they finally caught up to the audio-visual qualityavailable from Ultra HD blu-ray discs? Not quite. The version of Atmos used bystreaming services is based on Dolby Digital Plus, which uses lossy datacompression to reduce file size. Dolby Atmos on Ultra HD blu-ray discs is builtupon Dolby True HD, a lossless format that delivers the original,full-resolution soundtrack in its entirety. Similarly, the video compressiontechniques used by streaming services can introduce noise and video artifacts.But it’s not hard to imagine a time in the not-so-distant future when theperformance gap between physical and streaming media will go from narrow tonon-existent.

Are you ready to give up physical media? Share your thoughts inthe related forum thread below.

As the Premier League returns to Amazon Prime Video this weekend, the streamer has announced certain matches will be available in Ultra HD with Dolby Atmos.

Amazon kicks off its coverage of the Premie League this weekend with Liverpool’s match at home against Wolves. As in 2019, it will broadcast two full fixture rounds of Premier League action, with every team playing twice.

It is the first streaming service to offer matches with Dolby Atmos audio for a live sporting event.

On web, mobile, and Fire TV, Amazon is offering fans deeper insights into the match using its X-Ray function. It enables fans to track advanced live match stats (via Opta), and catch-up on key highlights and moments from the match at the press of a button during a live match. X-Ray also includes player line-ups, key club information such as stadium details and mascot names as well as extra information about any of the players from each club.

Amazon said it will have over 350 cameras in Premier League stadiums, working with over 2000 camera operators, editors, sound engineers, directors, mixers and producers, with over 30 hours of football broadcast on Prime Video across December.

“Until we have more fans in the stadium we still believe viewers at home will want additional stadium atmosphere audio by default, but as we always do we will provide the option for Prime members to turn it off and watch the match with the screams, shouts and cheers you expect from a live football crowd.” 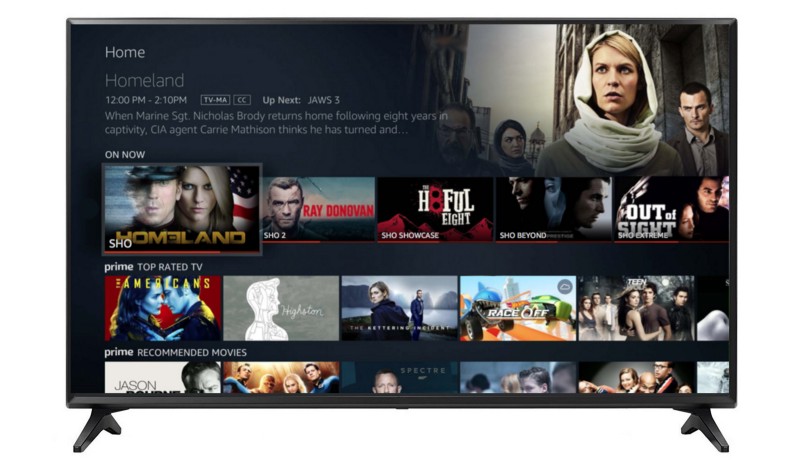 For more stories like this, and to keep up to date with all our market leading news, features and analysis, sign up to our newsletter here.