A weekly roundup of the new movies and TV series on Netflix, Crave, Amazon Prime Video and Criterion Channel

Amazon Prime’s ‘The Candidate’ A Showcase for Mexico City, Executive Producer Says. Anna Marie de la Fuente. Award-winning writer/producer Peter Blake, whose credits include “House,” “Billions,” “The Practice” and “ZeroZeroZero,” trains his sights on Mexico’s narco violence and political corruption in bilingual series “El Candidato” (“The Candidate. It’s directed by Mexican director Jaime Reynoso and created by Peter Blake. You can catch the first season of El Candidato on Amazon Prime Video on July 17. ABSENTIA – SEASON 3. In 'El Candidato, ' rookie CIA field operative Isabel Alfaro works alongside infamous CIA legend Wayne Addison to bring down Rafael Bautista, Mexico's most vicious and brilliant narco. Her mission brings her into conflict with Eduardo Yzaguirre, her former boyfriend and the current Mayor of Mexico City, the cleanest and most inspirational politician in the country.

It’s really not a very stacked week for Netflix, who are probably assuming they can run on the high profile of The Old Guard for a couple more weeks. Their big release this week is Cursed, a revisionist take on the story of King Arthur based on a graphic novel by Frank Miller and Tim Wheeler. Katherine Langford (13 Reasons Why) stars as Nimue, who is poised to become the Lady of the Lake of Arthurian legend. Early reviews are relatively tepid, criticizing the show’s attempts at Game of Thrones-type scope. The rest of the week seems to be mainly comprised of poppy documentaries with self-explanatory titles such as season two of How to Sell Drugs Online (Fast) (July 21), Street Food: Latin America(July 21), Fear City: New York Vs. The Mafia(July 22), Love on the Spectrum(July 22) and a new comedy special from Jack Whitehall (July 21).

Over at Amazon, you can catch the belated premiere of El candidato, a Mexican co-production starring James Purefoy and Erendira Ibarra as a pair of CIA agents working together to take down a drug lord — a task complicated by the fact that her ex is the sitting mayor of Mexico City. The show was announced a while back and seems to have been on the docket for some time, which is never terribly encouraging. The only other release this week is the Japanese romantic drama Theatre: A Love Storyfrom director Isao Yukisada (Go!, River’s Edge).

Edward Norton’s passion project Motherless Brooklyntook nearly 20 years to make, diverged significantly from the source novel by Jonathan Lethem and came out to mostly indifferent reviews last fall; it hits Crave today. I still have yet to see the film (which co-stars Gugu Mbatha-Raw, Alec Baldwin and Bruce Willis) but I have to admit that there is plenty of love in my heart for this kind of blank-cheque filmmaking. Also hitting Crave today (on the HBO + Movies tier) is François Girard’s period drama The Song of Names, starring Clive Owen and Tim Roth.

One of the biggest (if not the biggest by sheer volume) collections ever offered by Criterion is the 100 Years of Olympic Filmsretrospective, which bundles together 100 years’ worth of official documentaries commissioned by the International Olympics Committee. Some, like Kon Ichikawa’s Tokyo Olympiad, have become classics in their own right; others have been difficult to see since their inception. Amongst the directors commissioned to make the films over the years are Leni Riefenstahl (of course), Claude Lelouch, Masahiro Shinoda, Carlos Saura, Milos Forman, Jean Beaudin, Mai Zetterling and Jean-Claude Labrecque. On July 21, a new film joins the Martin Scorsese’s World Cinema Project collection: Med Hondo’s Soleil Ô. And on July 23, you can catch Lizzie Borden’s trailblazing indie classic Born in Flames. ■ 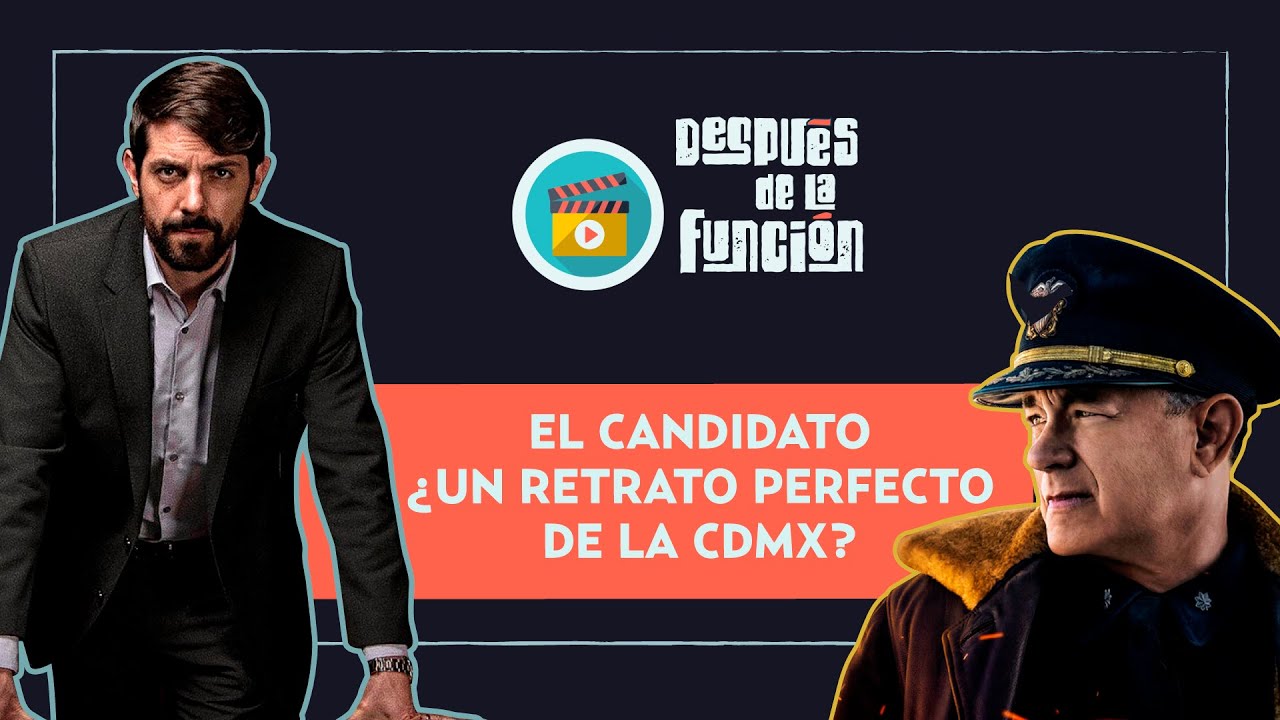 A weekly roundup of the new movies and TV series on Netflix, Crave, Amazon Prime Video and Criterion Channel

El Candidato (in English, The Candidate) is a Mexican political thrillerstreaming television series created by Peter Blake and produced by Televisa for AmazonPrime Video. 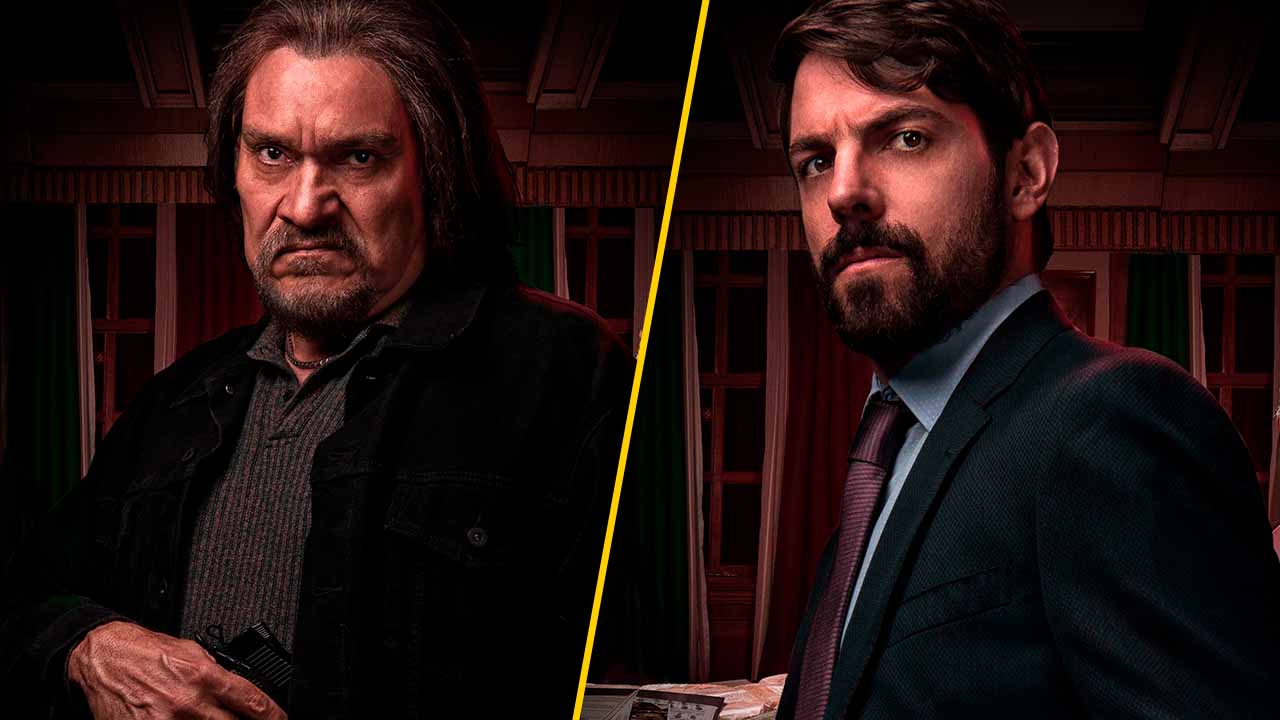 Rookie CIA field operative Isabel Alfaro works alongside infamous CIA legend Wayne Addison to bring down Rafael Bautista, Mexico's most vicious and brilliant narco. Her mission brings her into conflict with Eduardo Yzaguirre, her former boyfriend and the current Mayor of Mexico City, the cleanest and most inspirational politician in the country.[3]

The critical reception was very positive.

A week after its premiere, the Heraldo de Mexico newspaper wrote that the series had become one of the Mexican public’s favorites and was generating debate on social media about governmental corruption.' [4] Álvaro Cueva, writing in Milenio, called the series “magnificent” and wrote “I loved it, it moved me, it shocked me.”[5] Alerta Qro called the show “one of the best series that our country has ever produced,” owing to its “great cast” and “intelligent and complex script.”[6] QG India called it “a gripping tale of power, money, hatred and love.”[7] Techquila rated the series 9/10 and said that “El Candidato is a must-watch if you’re craving some fast-paced CIA action.”[8]