TSS started migrating to Google Drive in 2016, mainly to take advantage of many expanded features that Drive offers above and beyond what we could do with a Windows File Server (Network Files). Drive allows us to share and collaborate on documents with whomever we like, access those documents from anywhere (not just on a TSS campus), and use whatever device we want (phone, tablet, Mac) rather than being restricted to just a Windows PC.

That all being said, Drive still has drawbacks. It's cumbersome to move files around inside of deep folder structures. It's annoying to open non-Google formatted documents (like ActivInspire FlipCharts, Microsoft Publisher files, or Photoshop images), because you have to download them and then later re-upload them. It's also hard to work with media stored in Drive if you're trying to create a slideshow of photos or edit video files into a movie. There's also no easy way to create copies of template folders and their contents. What many of us really want is a Drive folder on our computer's desktop that behaves just like a Network file share, but that offers the collaboration and access that we get from Google Drive on the web.

Drive File Stream is an entirely new Enterprise-oriented application. It makes your entire Google Drive available on your computer while using none of your disk space. As long as you are connected to the Internet, you’ll be able to open and edit your Google Drive files right from your desktop.

Google has just released a new application that does this and it's called Drive File Stream. While it's still in the testing phase at time of writing, we've been offered early access to try it out. So far, it's performed very well for the early adopters who have been using it for the past couple weeks. This article will cover how to download, install, and use Drive File Stream. File Stream should not be confused with Drive Desktop Sync, a similar product that many of you have already installed. If you're already running Drive Desktop Sync, your can run File Stream alongside it.

1. Click on this link to download the Windows version of Drive File Stream. There's also a Mac version if you want to install it on a personal laptop.

2. After downloading the installer, it will show up in your Downloads folder. Double-click on it to run the installer.

3. The installer will spend a few minutes downloading files and installing them. After installation, you'll be prompted for your TSS Google account credentials:

4. You'll also have to agree to give File Stream a bunch of different permissions, which File Stream needs in order to work properly.

Drive File Stream is an application that runs all the time when your computer is turned on. It's visible as a small square icon emblazoned with a triangular Drive logo in the System Tray, in the bottom right-hand corner of your screen: 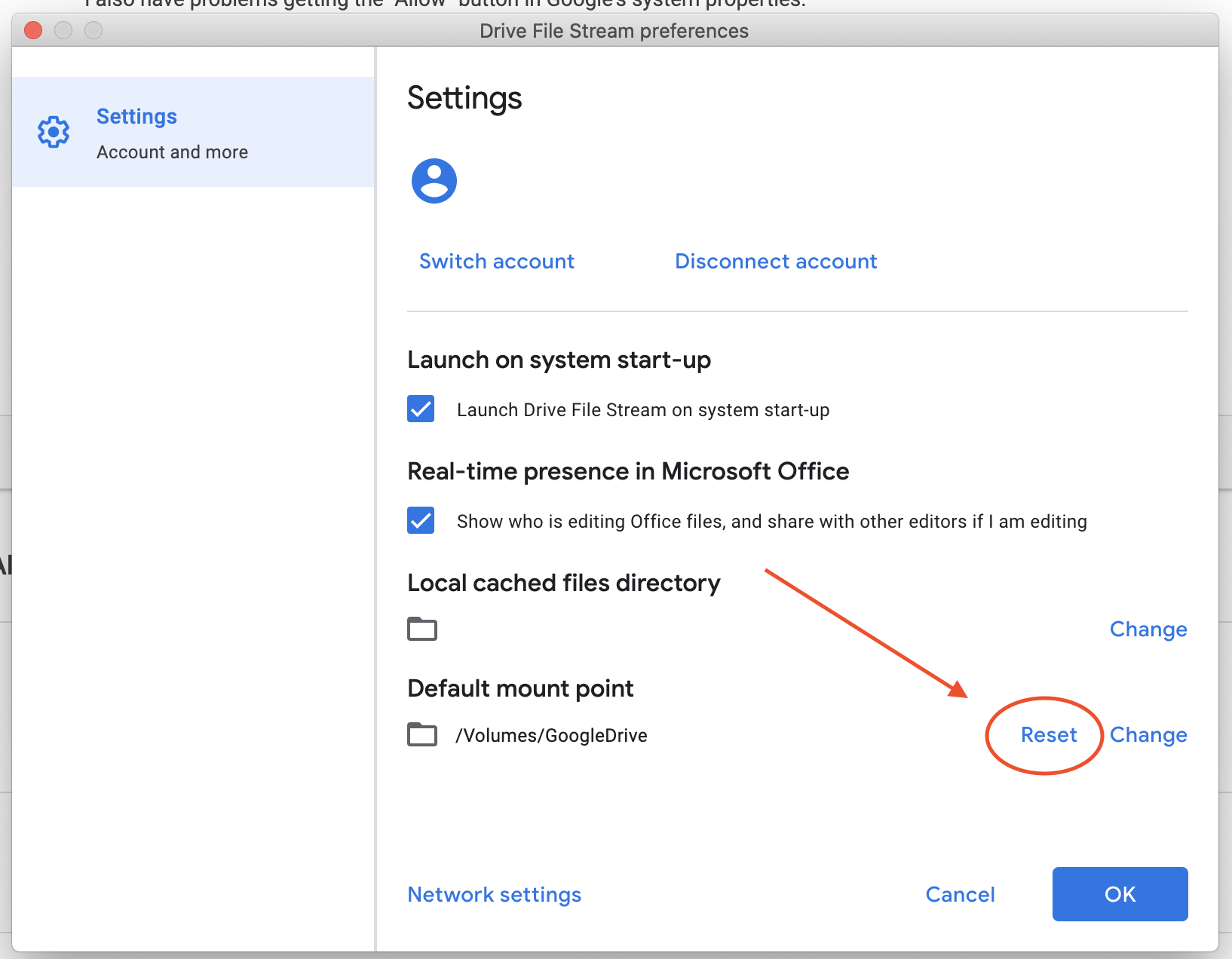 If you open up a new Windows Explorer window and click on 'This PC' in the sidebar, you'll see Google Drive File Stream visible with the drive letter G: (har har)

If you open up Google Drive and start browsing around, it should look pretty familiar. Every folder you can normally see in Google Drive will be visible inside Drive File Stream, along with their contents.

Drive File Streams treats your Google Drive like a shared Windows Network Drive (like Network Files). Your documents and files are still being stored on Google's servers, NOT on your PC. This is the big difference between Drive File Stream and Drive Desktop Sync: Desktop Sync has to download copies of all the files, which makes it slow and also can take up tons of space on your computer's hard disk. Drive File Stream, by contrast, runs much more quickly because it's streaming your files from Google, not storing local copies of them. This is an important distinction because just like the Google Drive website, if you don't have an internet connection, Drive File Stream won't give you access to your documents.

Who Should Install Drive File Stream?

It's actually easier to answer the reverse version of that question: who shouldn't install Drive File Stream? If you're feeling comfortable using Google Drive now, if you don't use applications like Publisher and ActivInspire, if you don't do a lot of travel for work...if this sounds like you, then you probably will be fine without using File Stream.

If, however, you're doing a lot of folder management and manipulation (Registration), if you're often working from the road (TLC Faculty), if you use ActivInspire (Journeys teachers), if you're using Microsoft Publisher frequently (Journeys PreK and FieldEd), then Drive File Stream will probably make your life easier. Also, if you're already using Drive Desktop Sync a lot, I definitely recommend switching to Drive File Stream, as it's better and easier in almost every way.

If you have questions or would like assistance installing or using Drive File Stream, send a helpdesk ticket to the IT department and we'll be glad to come help you out.

If you'd like to watch a demonstration of Drive File Stream, check out this video below. The File Stream demo starts at the 44-minute mark: