The Goetia (pronounced Go-EY-sha) is Book 1 of the Lemegeton (Lesser Key of Solomon), a grimoire that circulated in the 17th century and is penned in the name of King Solomon. This translation/compilation comes from SL MacGregor Mathers in 1904.

According to kabbalah scholar, Gershom Scholem, the text was not originally Jewish and was only translated into Hebrew in the 17th century. He describes the book as “a melange of Jewish, Christian, and Arab elements in which the kabbalistic component was practically nil.” (Scholem, Kabbalah)

Many of the demons found in the Goetia were initially published in the 16th century by Johann Wier. Curiously, a handful were left out. The Goetia also uses some of Collin de Plancy’s Dictionnaire Infernal illustrations.

Articles About The Goetia

There are 3 more demons in the Goetia, but the list appears to contain the same names with the exception of Pruflas in Wier’s hierarchy. The picture of Purson in Mather’s Goetia corresponds with Pruflas in the Dictionnaire Infernal, however, both Purson and Pruflas are listed in Wier’s list, but only Pruflas is listed in de Plancy’s list. Thus there are 4 names on Mathers’ list that do not correspond. Mathers lists Vassago, Seere, Dantalion, & Andromalius. Of these, it may be possible that either Vassago or Seere corresponds to Pruflas, as both command 26 legions. 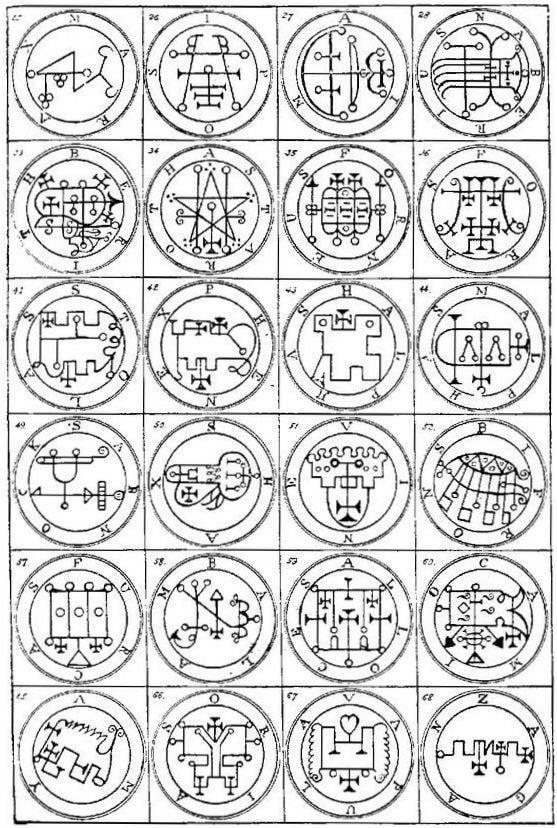 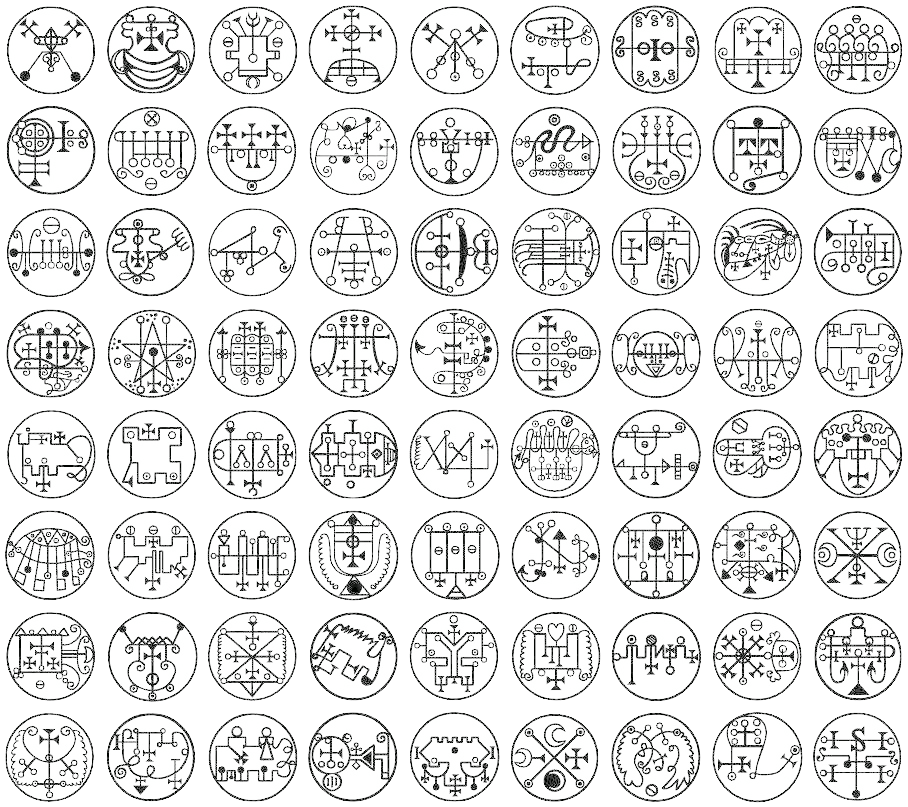