J.K. Rowling’s ‘Harry Potter’ series has gone on to become a cultural landmark in children‘s fantasy literature. We grew up with our favorite characters as they went away to Hogwarts, the school of wizardry and witchcraft. Over the years, as Rowling kept writing the books, and they kept on getting made into movies, we saw our beloved characters grow up in front of our eyes, as we grew up with them.

Harry Potter, Ronald Weasley, and Hermione Granger became characters we loved to hang out with, and Draco Malfoy became the most hated person in school. However, as the stories evolved, Rowling masterfully built the character arcs, so that we began to end up sympathizing with Draco somewhat. And Snape’s character turn was something we did not see coming! Anyway, it has been a while since the last ‘Harry Potter’ movie came out, and saw the evil truly defeated as Harry enlisted the help of his friends and half the wizarding world to take a stand against the villainous Lord Voldemort and his followers.

The only way you have not watched a single ‘Harry Potter’ film yet, is if you are just discovering this series now; or you might have watched them, and might want to relive some memories through re-watches. Either way, we have got the solution for you, as to where you can watch the Harry Potter movies. But before that, let us tell you the story of Harry Potter or the boy who lived.

What is Harry Potter About?

The story of Harry Potter begins in 4, Privet Drive, where we see a young bespectacled boy living with his loud uncle and aunt, and their bully of a son, Dudley. The Dursleys take Harry in after his parents are killed by Lord Voldemort. Harry is the sole survivor of the attack, which makes him famous as the only person to survive the killing curse (Avada Kedavra) but he has a thunderbolt-shaped scar to show for it. While he is mistreated by his adoptive family, he eventually gets pulled into the magical world when Hagrid (Hogwarts’ groundskeeper) shows up and whisks him away, telling him he is destined for great things. Thus begins an adventure of a lifetime.

In ‘Harry Potter and the Philosopher’s Stone’, we see Harry in his first year at Hogwarts. This film is all about making friends and knowing one’s enemies. Ron and Hermione become Harry’s mates, while Malfoy and his gang become the enemies. Harry also shows a flair for Quidditch like his father, and over the years, he manages to harness his magical powers with the help of the kindly headmaster, Albus Dumbledore. He also has his first small but memorable encounter with the man who killed his parents. However, Voldemort remains a whispered name in the dark edges of the magical world, as Harry heads off to his next adventure in ‘Harry Potter and the Chamber of Secrets’.

If the first movie was about learning magic, the second is about learning the various mysteries that Hogwarts holds. One of them could be potentially fatal as Harry, Ron, and Hermione find out when a series of unexpected and inexplicable attacks on students and staff leave the school in danger. Ignoring the dangers to his own life, Harry investigates along with his friends, and this is when we come across a Horcrux for the first time. For those unaware, this is a piece of soul bound to an object, and Voldemort has created several of these, in order to stay alive even after death. One of these incites students to open a secret chamber and let out a Basilisk, a venomous and dangerous serpent-like creature. Harry literally slays the monster, saving the day, and beginning to show true signs of heroism which is only amplified in ‘Harry Potter and the Prisoner of Azkaban’.

While friends and adventures are important, this movie teaches Harry that there is nothing better than family, as he discovers that the dreaded Sirius Black is actually his godfather. He also finds a kindly soul in Professor Remus Lupin. The two actually go on to be very protective of Harry and prove to be great pillars of support in his battle against Voldemort. However, the takeaway from this movie is the fact that Peter Pettigrew was the one to betray Harry’s parents to Voldemort, leading to their death. This magic filled year gives way to ‘Harry Potter and the Goblet of Fire’.

This movie sees the biggest inter-school competition in the wizarding world – the Triwizard Tournament. Harry’s name ends up in the magical goblet, making him the youngest and most inexperienced competitor. However, with grit, his friends, and a little support from Mad-Eye Moody (who turns out to be a Death Eater or Voldemort’s supporter in disguise), Harry makes his way to the cup final. Although the film has moments of action and the tournament is nerve-wracking, the biggest moment of revelation comes when Voldemort comes back to life and tangles with Harry for the first time. This is one of the many encounters, which only escalate in ‘Harry Potter and the Order of the Phoenix’.

In this movie, Harry is surprised to find that people have largely ignored his warnings about Voldemort’s return. As the leader, Harry begins to train a group of students calling themselves ‘Dumbledore’s Army’. They meet the actual Dumbledore’s Army, that is the Order of the Phoenix, mostly comprising of the Weasley family, Sirius, Lupin, and others. Harry’s connection to Voldemort’s mind begins acting up, and he is tricked into an ambush at the Ministry of Magic. The Order shows up and a violent battle breaks out, where we are privileged to see a duel between the great Dumbledore and Voldemort. However, Harry loses his only remaining family as Sirius is killed in battle.

In ‘Harry Potter and the Half-Blood Prince’, Harry discovers a mysterious potions book belonging to someone called the half blood prince. He excels in the school curriculum, thanks to this book, and learns a host of new spells. All this time he also learns about the dark past of Voldemort and about the other Horcruxes. The climax of the film is a tear-jerker as Dumbledore is killed by Snape, and Harry discovers to his utter shock that Severus Snape is the ‘Half-blood Prince’. Snape also jumps to the top of our most hated character as we head into ‘Harry Potter and the Deathly Hallows: Part 1’.

As you are aware, the ‘Death Hallows’ book was broken into two parts, and the first part shows Harry and his friends still reeling from the loss of Dumbledore. They decide to hunt down the Horcruxes themselves and end Voldemort. We also get to know of three powerful magical artifacts that can be handy in battle; one is the invisibility cloak that Harry already has, the other is a ring that can bring back the dead and serves little more than nostalgic purpose, and the most important is the Elder Wand, which almost guarantees victory in battle. While Harry, Ron and Hermione hunt for Horcruxes, Voldemort hunts for these artifacts. Part 1 ends in the destruction of all but one Horcrux, as Harry brings the battle home to Hogwarts.

‘Harry Potter and the Deathly Hallows: Part 2′ is all about the battle between the forces of good and evil. They clash on various fronts, and lines are drawn, as lives are lost on both sides. There is a twist in the revelation of an additional Horcrux, that is, Harry himself. However, with a little sacrifice, and another twist wherein Snape emerges as a valiant hero, the battle boils down to a face-off between Harry and Voldemort. The boy who lived vanquishes his parents’ killer and in the process, evil itself. The movies end on the note that our favorite kids are all grown up and have families of their own.

Take a trip through this epic saga as we tell you where to watch the ‘Harry Potter’ movies.

Are the Harry Potter Movies on Netflix?

Netflix is a premier content streaming platform and one would expect the ‘Harry Potter’ movies to be in their library. Well, technically they are, just not in the US region. However, this is no reason to fret, because if you are in the mood for something magical, and concerning young heroes, check out shows like ‘Supernatural‘, ‘Once Upon a Time‘ or ‘Penny Dreadful‘.

Are the Harry Potter Movies on Hulu?

Hulu has a fast-growing collection of diverse content, but the ‘Harry Potter’ movies are not among them. However, if you are in the mood to see a bunch of misfits step up to fight evil, Hulu has got you covered with ‘Suicide Squad: Hell to Pay‘. 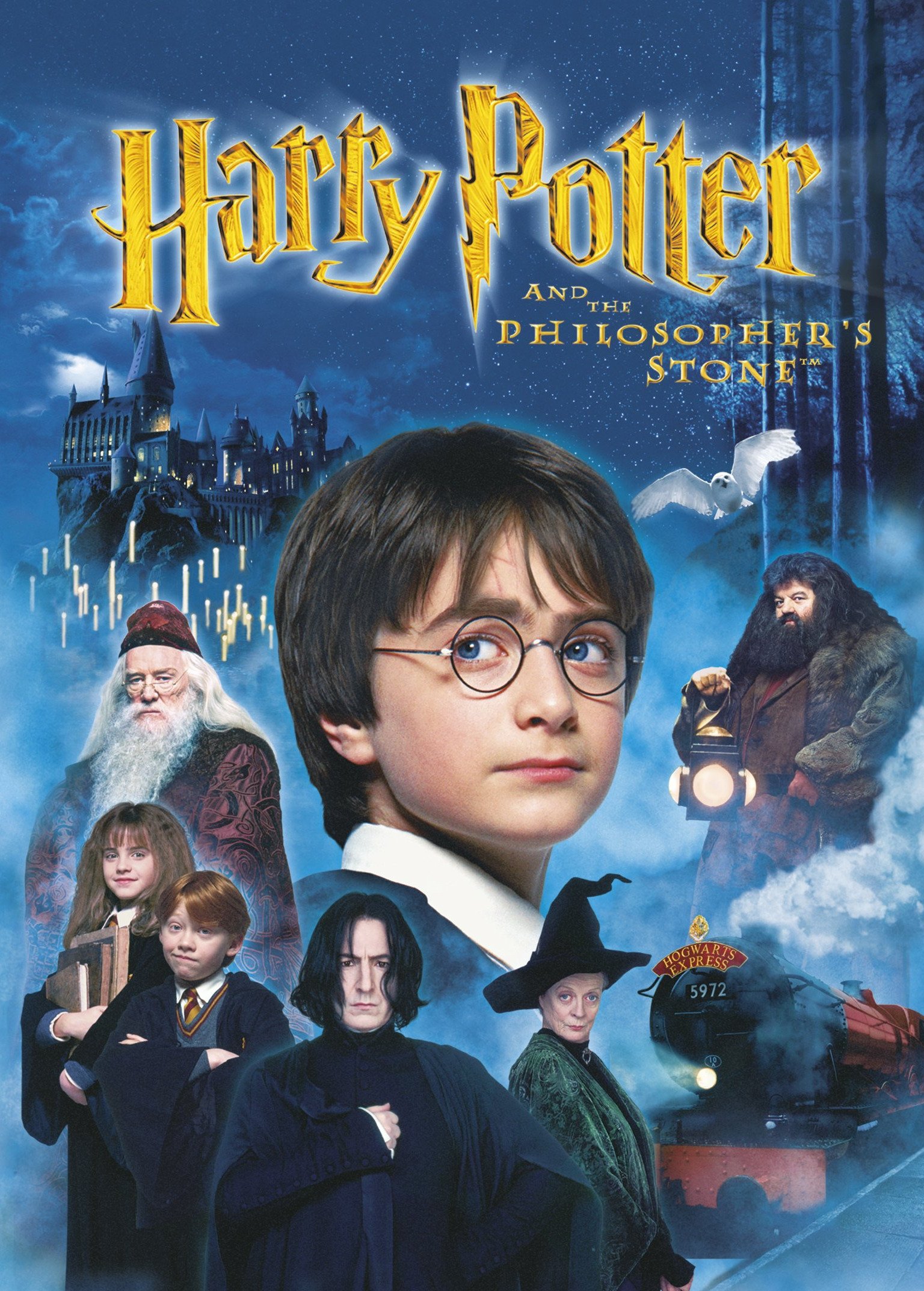 Are the Harry Potter Movies on Amazon Prime?

Amazon Prime has a wonderful and enviable collection of content, second only to Netflix. But they too do not seem to have the ‘Harry Potter’ movies. Prime subscribers need not worry, though, since they have the option to rent or buy the movies and stream them on the platform. Renting each film costs $3.99 and buying them costs $9.99 each. Considering there are 8 films, we suggest you consider the total cost before deciding whether to rent or buy these films. You can watch the ‘Harry Potter’ movies, here.

Where Can I Stream the Harry Potter Movies Online?

No Netflix, Amazon Prime, or Hulu? No worries! Head over to Sling to stream all the ‘Harry Potter’ movies. However, you must have a subscription to the platform. In the case of ‘Harry Potter and the Half-Blood Prince’, you can also check out Fubo Tv.

Where Can I Watch the Harry Potter Movies Online For Free?

However, we urge our readers to pay for all the art that they consume, especially when it is an age-defining work like the ‘Harry Potter’ movies.

Read More in Movie Guides: Beauty and the Beast Elf