Taika Waititi has been making waves in the film industry with a uniquely quirky vision that the director mixes in with humor, in each of his projects. ‘Jojo Rabbit’, the 2019 satirical black comedy, is the latest offering from the director. However, it attempts to have a humorous take on a matter that the world still feels strongly about due to the historical burden. Yes, Waititi tackles Adolf Hitler and Nazism in ‘Jojo Rabbit’ and infuses the plot with his characteristic style to get the message through.

The movie is basically about a lonely boy who has Hitler as his imaginary friend. His life turns upside down when he discovers that his mother is hiding a Jewish girl in the house. However, as he gets to know this new resident, the boy has to grapple with his understanding of nationalism and Nazism, and his life is about to be changed forever. ‘Jojo Rabbit’ made its premiere at the Toronto International Film Festival in 2019, where it won the People’s Choice Award.

Although critics have been divided over their opinion regarding the light portrayal of Nazis, the movie has been unanimously praised for the stellar performances delivered by all cast members. Naturally, you must be wondering about where to watch ‘Jojo Rabbit’. We are here to tell you that, but first, let us walk you through the plot of the movie.

What is Jojo Rabbit About?

The film tells the story of Jojo Betzler, a ten-year-old in Nazi Germany during the Second World War. Like most children who do not have criticality, Jojo is extremely patriotic and in love with his country as well as the fuhrer. In fact, he talks to an imaginary Hitler in his mind, who he considers as his best friend, as well as the biggest cheerleader. Eventually, Jojo and his friend go to a youth camp for training children the way Hitler wants them to be trained.

A few boys decide to test Jojo’s commitment to Nazism in the camp, and he is commanded to kill a rabbit. Since Jojo cannot commit the act, the boys start chanting “Jojo Rabbit”, which is how he gets his name. However, his imaginary friend provides solace, telling him that rabbits have all the good qualities that they do. Later, when an instructor tries to teach them to toss explosives, Jojo accidentally causes it to bounce back towards him. He is subsequently hurt and has to be rushed to a hospital. When Jojo wakes up, his mother takes him home to recuperate. Although she wants to make her child feel included, Jojo knows that he cannot serve in Hitler’s youth militia due to his injuries.

At home, Jojo’s life turns upside down when he discovers the Jewish girl who is hiding. He wants to tell someone but the girl threatens him into silence. Moreover, he witnesses the victims of the Gestapo. As Jojo’s mother helps the Jewish girl, who happens to be the daughter of her friend, Jojo’s animosity towards his own mother increases. He becomes grumpy and tells her that she is not patriotic. Meanwhile, he realizes that he cannot oust the Jewish girl but wants to know more about Jews in order to write a book to help the Nazis. The girl hiding in their house makes up stories to quell Jojo.

Over time, Jojo begins to grow fond of Elsa, the Jewish girl. They even start becoming friends, but disturbingly Jojo notices his mother putting up ‘Free Germany’ posters across town. One day trouble comes knocking at their door when Gestapo officers show up and begin searching Jojo’s house. Elsa reveals herself as Jojo’s sister. Among the Gestapo is the officer from Jojo’s camp, with whom he had the grenade incident. He asks for Elsa’s papers and to confirm her birthday. Although Elsa gets the date wrong, he lets the matter go. Making matters worse, Jojo finds that his mother has been hanged for her actions.

He lashes out at Elsa, stabbing her, but she consoles him. Meanwhile, the Americans happen to be closing in and they round up all the Nazis, including Jojo. The Germans learn that Hitler has killed himself. Jojo’s captain from the camp saves him at the last moment by taking off his Nazi coat and calling him a Jew. As a result, Jojo is saved while the captain is executed. Jojo realizes that he loves Elsa and returns to her. Elsa confesses she loves him too, as a sibling. Jojo finally confronts his imaginary friend Hitler and rejects him completely, kicking him out of the window. Remembering his mother’s words about dance being a way to express freedom, Jojo takes Elsa out in free Germany and dances, since he is unsure of what to do.

The movie ends on a note of hope for a better tomorrow and now, without further ado, let us tell you where you can watch ‘Jojo Rabbit’.

Is Jojo Rabbit on Netflix? 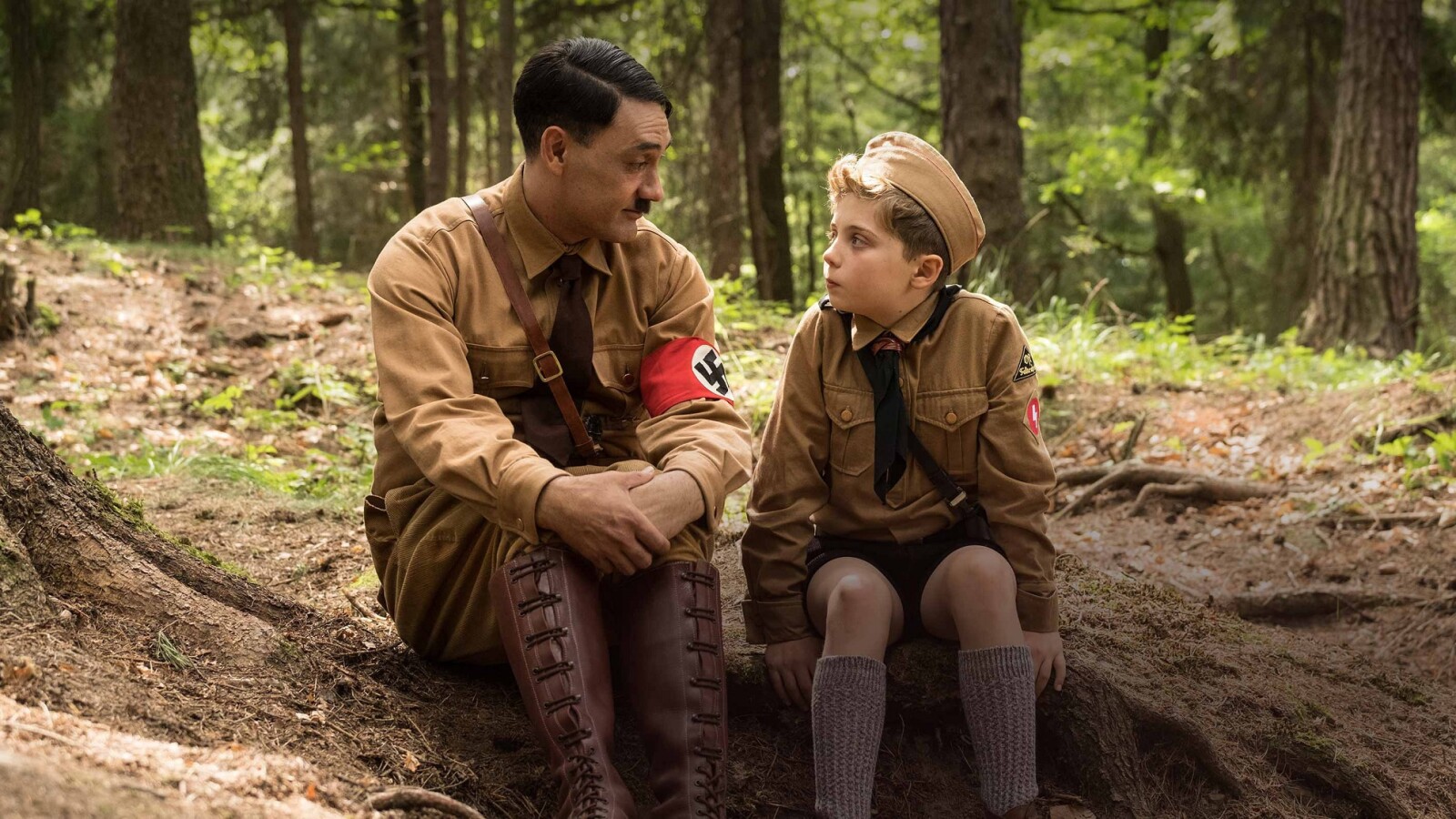 Netflix prides itself on being a premier content provider and for good reason. The platform ensures that the library has something for all the viewers. While ‘Jojo Rabbit’ is not on the platform, you can watch a much more violent reaction to Hitler and Nazism in Quentin Tarantino’s ‘Inglourious Basterds‘.

Is Jojo Rabbit on Hulu?

Hulu has a wonderful collection of movies and the subscribers know there is always something to look forward to because the platform keeps making smart additions to its library. While ‘Jojo Rabbit’ is not on the platform, you can check out another of Waititi’s popular works, ‘What We Do in the Shadows‘.

Is Jojo Rabbit on Amazon Prime?

Amazon Prime is quite easily one of the best content providers when it comes to streaming services. Viewers can access a wide array of content in the libraries. While ‘Jojo Rabbit’ is not on the platform, you can check out ‘Spaceballs‘ if you are in the mood for some comedy.

Where Can I Stream Jojo Rabbit Online?

Unfortunately, ‘Jojo Rabbit’ is not available for streaming elsewhere at the moment. You have to wait until it arrives on one of the streaming platforms, which could take a while.

Is Jojo Rabbit Out On DVD and BluRay?

‘Jojo Rabbit’ will be available on DVD and BluRay in February 2020. While no date has been fixed yet, we know that digital copies will be made available from February 4, 2020. Usually, physical copies follow suit, so we expect the pattern to hold here as well. To avoid all the fuss, you can simply preorder your copy here.

Can I Stream Jojo Rabbit Online For Free?

Sorry freeloaders, but you cannot legally stream ‘Jojo Rabbit’ online for free, at this moment. We recommend paying for all the art you consume.