RE: Teams 3x3 @Emily Kirby is there a way to expedite it for an educational institution (even if we will need to pay for it). Our teachers are refusing to teach without the ability to see all the students. Microsoft Teams does offer different video layouts that you can change during a video conference – Gallery, Large Gallery, and Together mode. By default, all meetings will be set to ‘Gallery‘ layout which should display participants in 2 x 2 or 3 x 3 grids, thus showing up to 9 attendees on the same screen. If you have connected to. Recording 3x3 grid in Teams Hello, I have noticed that when you try and record a meeting in Teams with 9+ people, even though the meeting displays the 3x3 grid, the recorded version does not.

Teams desktop client updates are released every two weeks after rigorous internal testing and validation through our Technology Adoption Program (TAP). The update usually takes place on a Tuesday. If a critical update is required, Teams will bypass this schedule and release the update as soon as it’s available.

The desktop client updates itself automatically. Teams checks for updates every few hours behind the scenes, downloads it, and then waits for the computer to be idle before silently installing the update. 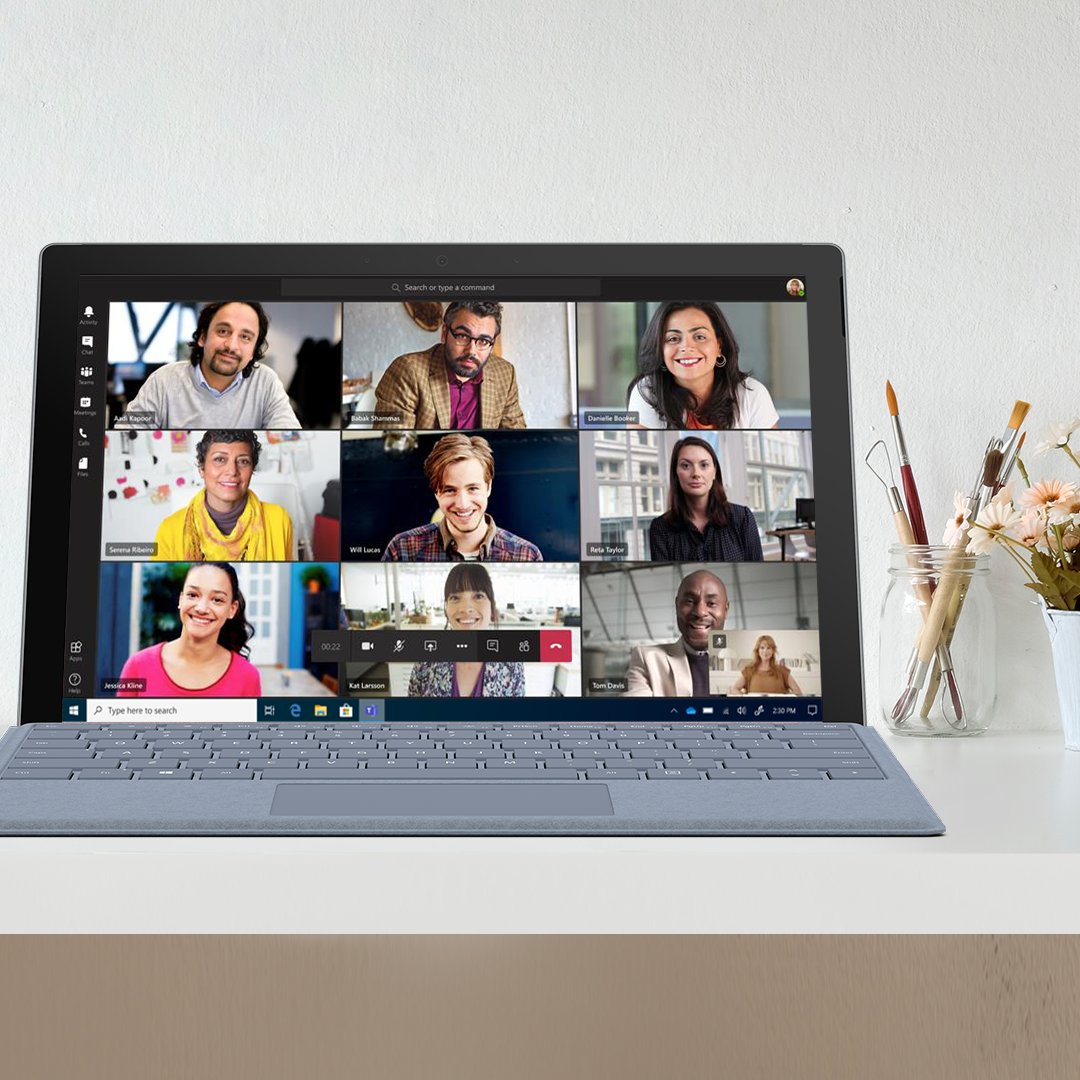 Users can also manually download updates by selecting Check for updates on the Profile drop-down menu on the top right of the app. If an update is available, it will be downloaded and silently installed when the computer is idle.

Users need to be signed in for updates to be downloaded.

Starting July 31, 2019, Teams client updates use lower network bandwidth during the update. This update is turned on by default and requires no action from admins or users.

What about updates to Microsoft 365 Apps for enterprise?

Teams follows its own update process as outlined above. Teams doesn't follow the update process for the other Offices apps, such as Word and Excel. To learn more, read Overview of update channels for Microsoft 365 Apps for enterprise

What about updates to Teams on VDI?

Teams clients on Virtual Desktop Infrastructure (VDI) aren't automatically updated the way that non-VDI Teams clients are. You have to update the VM image by installing a new MSI as described in the instructions to Install Teams on VDI. You must uninstall the current version to update to a newer version.

Can admins deploy updates instead of Teams auto-updating?

Teams doesn't give admins the ability to deploy updates through any delivery mechanism.

As a modern online service, the Teams client auto-updates every two weeks. Because Teams is governed by the Modern Lifecycle Policy, it's expected that users remain on the most up-to-date version of the desktop client. Auto-updates ensure that users have the latest capabilities, performance enhancements, security, and service reliability.

To identify when desktop clients fall out of date, an in-app alert will be displayed if the user’s current version is between one and three months old, and if there's a new version available. This in-app messaging encourages users to update to the latest version of Teams or, if necessary, to reach out to their IT admin to do so. Users on Teams desktop clients that are more than three months old will see a blocking page that gives the options to update now, reach out to their IT admin, or continue to Teams on the web.

Desktop client versions that are more than three months old upon first install and/or first run of Teams have a 28-day grace period before encountering the above-mentioned servicing information. During this period, the auto-update process will update the Teams client. If not updated, users will see an in-app alert encouraging them to manually update to the latest version of Teams. The users might be prompted to contact their IT admin to do the update. This includes users using the Teams desktop client as part of the Microsoft 365 Apps for enterprise bundle.

Teams desktop clients on Government Clouds currently have an exception to this servicing agreement until further notice.

For information on new version releases, check Message Center or go to Help > What’s new in the client.