NASA and SpaceX launched a new team to the International Space Station on Friday, the first crew propelled into orbit by a rocket booster recycled from a previous spaceflight. The international crew of astronauts lifted off at 5:49 a.m. EDT Friday from Launch Complex 39A at NASA’s Kennedy Space Center in Florida. The SpaceX Falcon 9 rocket propelled the Crew Dragon. Elon Musk’s SpaceX returned four astronauts to Earth to conclude its first regular crew mission to the International Space Station, cementing its status as Nasa’s only commercial partner so. SpaceX developed the Crew Dragon capsule under NASA's Commercial Crew Program, which, for the first time in the space agency's history, handed over much of the design, development and testing of. Watch the International Space Station pass overhead from several thousand worldwide locations. It is the third brightest object in the sky and easy to spot if you know when to look up. Visible to the naked eye, it looks like a fast-moving plane only much higher and traveling thousands of miles an hour faster!

“This morning, we did a mission management team meeting, and we had a unanimous go for this launch and docking,” said Kenny Todd, deputy program manager of NASA’s International Space Station Program Office. “We’re excited to get on with it; we’ll see how things play out over the next couple of days, but hopefully by the middle of the week, we’ll have a Dragon on the way, if not already attached (to station).”

SpaceX’s Falcon 9 rocket, with the upgraded cargo Dragon spacecraft atop, stands poised for launch at Kennedy’s Launch Complex 39A, and weather officials are now predicting a 50% chance of favorable weather conditions for liftoff. While that’s a slight increase over previous launch forecasts, a cold front moving across the state of Florida will have teams keeping a close eye on the weather.

“Because of that, we’re expecting most of the rain associated with the cold front to be pretty much done before the launch window opens up. We’re not exactly sure when the clouds are going to clear out of the way for us. We’re hoping the earlier the cold front will pass, the more clearing we’ll get.”

The first mission for SpaceX under NASA’s second Commercial Resupply Services contract, CRS-21 will deliver more than 6,400 pounds of supplies, equipment, and critical materials needed to support a variety of science and research investigations that will occur during Expeditions 64 and 65. With SpaceX’s Crew Dragon carrying a crew of four to the orbiting laboratory last month, the mission will also mark the first time two Dragon spacecraft will be attached to the space station simultaneously.

“It really ushers in a season of continuous Dragon presence for the near future,” said Sarah Walker, director of SpaceX Dragon Mission Management. “We’re excited about all of the missions that we’ll be flying for NASA and the International Space Station program, both cargo and crew, and it’s really just an honor to be a part of that.”

Dragon will spend about one month attached to the orbiting laboratory before autonomously undocking and returning to Earth with 5,200 pounds research and return cargo. The spacecraft is slated to splash down in the Atlantic Ocean upon its arrival.

Liftoff is targeted for 11:39 a.m. EST tomorrow, Dec. 5, with live launch countdown coverage beginning at 11:15 a.m. EST. Follow along here on the blog, NASA TV, or the agency’s website. Learn more about the mission at: https://www.nasa.gov/sites/default/files/atoms/files/spacex_crs-21_mision_overview_high_res_0.pdf

The new European data protection law requires us to inform you of the following before you use our website: 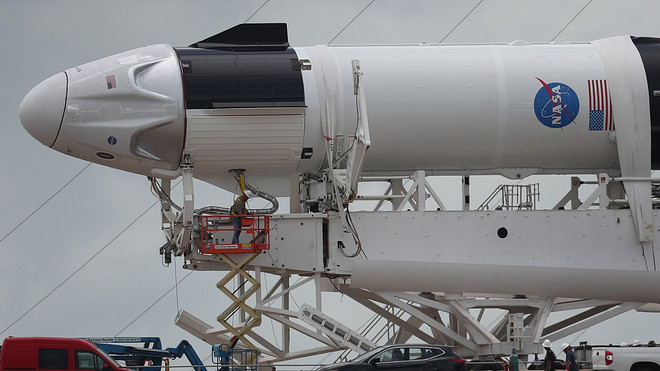 We use cookies and other technologies to customize your experience, perform analytics and deliver personalized advertising on our sites, apps and newsletters and across the Internet based on your interests. By clicking “I agree” below, you consent to the use by us and our third-party partners of cookies and data gathered from your use of our platforms. See our Privacy Policy and Third Party Partners to learn more about the use of data and your rights. You also agree to our Terms of Service.